The Indian aviation sector is the third biggest domestic aviation market worldwide and the ninth largest international aviation market. On the demand side, India’s passenger traffic grew at a 11% compound annual growth rate (CAGR) between FY16-20 to touch 341 million in FY20. On the other hand, 62 airports have been built between 2014 to date taking the total tally to 136 to boost airport infrastructure to cater to growing demand.

The Government of India has taken several steps for the growth of aviation sector in India. These include -

Launched in October 2016, the aim of this scheme was to develop new regional airports, upgrade the infrastructure of existing ones, and develop subsidized air routes.

State Government - reduction of Value-added Tax (VAT) to 1% or less for ten years to airports developed under the scheme, as well as providing land for airports at subsidized rates.

During the Union Budget for FY 2021-22, the Ministry of Civil Aviation announced few positive measures for the aviation sector:

In March 2020, the GST rate for manufacturing, repair and operations (MRO) for services provided locally was reduced from 18% to 5%, and the place of supply for B2B MRO services was changed to the location of the recipient. This would help invite foreign investment in the aviation sector and generate meaningful employment.

FDI is a huge driver of economic growth and a good source of non-debt financing for the country's economic development. In the aviation sector, FDI helps in setting-up new airports, and improving the infrastructure and services of existing airports. It encourages competition, helps lower the prices and provides the consumer with more choice. According to leading national credit agency CRISIL, FDI of up to US$ 6 billion is expected to flow into the Indian airport infrastructure by FY23.

To ensure accessibility, inclusivity and affordability, increased private sector contribution will also be required through Public-Private Partnership (PPP). Furthermore, for the first time in two decades, two new airlines will start operations in 2022 -

Micro, small and medium enterprises (MSMEs) are considered the pillars of Indian economy due to their considerable contribution to GDP, exports and employment generation.

The MSME sector has coordinated and worked with relevant ministries, state governments and stakeholders to develop India’s rural economy. India has an estimated 633.88 lakh MSMEs, of which 324.88 lakh MSMEs are based in rural areas and 309 lakh are from urban areas. 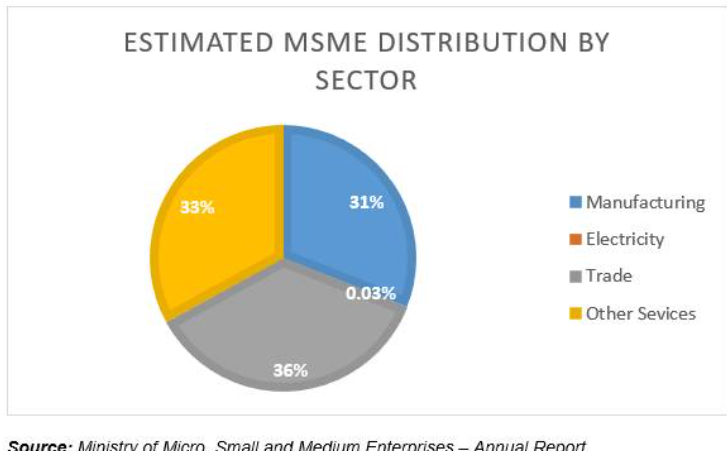 MSMEs are mainly engaged in the development, manufacturing, processing or storage of goods and commodities. They are classified based on investment and turnover, as per the following criteria.

The sector has made significant contributions to the country's socio-economic growth and complemented major industries as well. MSMEs account for approximately 40% of India's total exports, 6.11% of GDP from the manufacturing sector and 24.63% of GDP from the services sector. 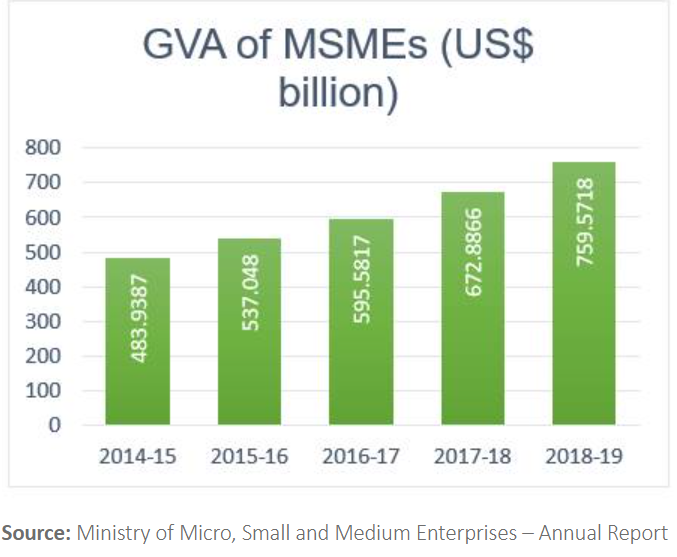 Key drivers of the MSME sector

The MSME sector is governed under the Micro, Small and Medium Enterprises Development Act, 2006. This act came into effect to facilitate and promote the sector and enhance its competitiveness. Schemes launched by the government under this act are: