Is It Constitutional to Declare Wild Animals to Be ‘Vermin’?

Farmers in particular lose their livelihoods, standing crops – when stray animals trample them. So, state governments have sent several requests over the years to the Centre to declare certain species as ‘vermin’, so that they may be hunted and killed without consequence.

We will see here certain legal and constitutional provisions regarding protection of wildlife. So many Prelims based question you can get from this Article. So, read carefully.

The Wildlife (Protection) Act 1972 does not define the term ‘vermin’. However, its Schedule V contains a list of animals designated ‘vermin’, including rats, crows and foxes.

Section 62 of the Act empowers the Centre to declare wild animals of any species as ‘vermin’ in any area and for a specified period of time. These animals are deemed to be included in Schedule V, opening them up to be hunted.

However, many experts have argued against such mass-culling because it is ineffective and does not resolve the human-animal conflicts. Against this background, it’s worth noting that the constitutionality of Section 62 of the Act is also suspect for three reasons:

Article 14 of the Indian Constitution secures equality and equal protection before the law. One of the tests to determine compliance with Article 14 is called manifest arbitrariness. A law suffers from arbitrariness when it is ‘excessive’ and ‘capricious’ or suffers from the lack of an ‘adequate determining principle’. The wording of Section 62, which allows the Centre to declare any wild animal to be ‘vermin’, apart from those listed in the Act’s Schedule I and part II of Schedule II, itself doesn’t disclose a determining principle, leave alone an adequate one.

In its controversial decision in Animal Welfare Board of India v. A. Nagaraja (2014), the Supreme Court extended the right to life under Article 21 of the Constitution to animals. This opinion understandably drew flak from lawyers and constitutional experts, but high courts around the country have cited it and expanded on it. For example, the Uttarakhand high court in 2018 and the Punjab and Haryana high court in 2019 declared all the members of the animal kingdom to be legal entities, with distinct legal personalities and with rights akin to those of a living person.

What the DPSPs and fundamental duties say:

The first mention of wildlife in the Indian Constitution is in Article 48A, a part of the DPSPs. It states that the state shall endeavour to protect and improve the environment and to safeguard forests and wildlife.

Article 51A(g) under the fundamental duties also makes it the duty of every citizen “to protect and improve the natural environment including forests, lakes, rivers and wildlife, and to have compassion for living creatures.”

Where do we go from here?

We can conclude that in its current form, Section 62 fails to distinguish between individuals that are directly responsible for the destruction of crops and others of the same species. It also suffers from several legal infirmities, primarily vis-à-vis Articles 14 and 21. Our constitutional framework envisions a harmonious relationship between humans and the rest of the ecosystem. The section threatens this fragile relationship and challenges our fundamental human values of compassion, empathy and respect for other life forms.

The ILO estimates that there are 152 million children in child labour, 73 million of whom are in hazardous work. Seventy per cent of all child labour takes place in agriculture and is mostly related to poverty and parents’ difficulties finding decent work.

Convention No. 182 calls for the prohibition and elimination of the worst forms of child labour, including slavery, forced labour and trafficking. It prohibits the use of children in armed conflict, prostitution, pornography and illicit activities such as drug trafficking, and in hazardous work. 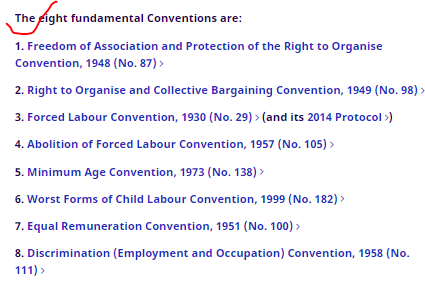 See below, which of the above 8 India has ratified (check Convention Number to see).

Understand Everything about the National Flag, Anthem & Emblem

India, being home to a largely diverse demography, language & culture, is united with the national symbols which are intrinsic and unique to India.

The present National Flag of India was adopted by Constituent Assembly on 22 July 1947. Display of the flag must be in compliance with the Flag Code of India, 2002.

The flag should be made of hand-spun and hand-woven Wool/Cotton/Silk Khadi bunting in the prescribed dimensions. 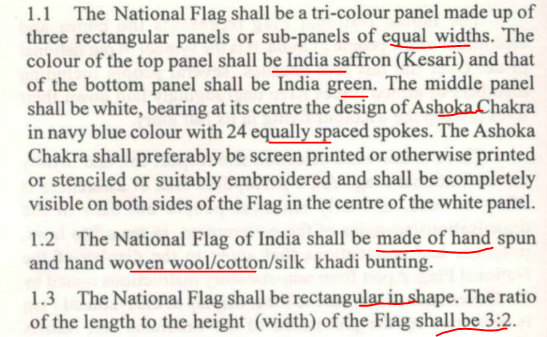 Some basics about National Flag: They will not ask in exam. Just read once.

Composed by Rabindranath Tagore, rendition of the full version of the National Anthem takes about 52 seconds.

The Supreme Court in its order in 2018 stated that it is not mandatory to play the anthem prior to screening feature films in cinema halls modifying its 2016 order.

As per the Prevention of Insults to National Honour Act, any person who intentionally prevents the singing of anthem or causes disturbance to any assembly singing the anthem is liable to be punished with imprisonment of up to three years or a penalty or both.  The same punishment is applicable to those who disrespect the National Flag or Constitution of India.

The State Emblem of India 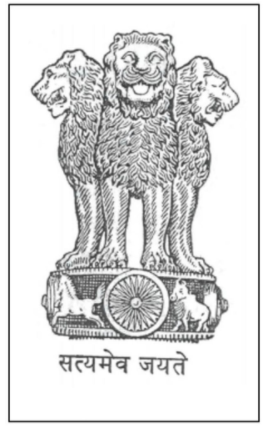 The State Emblem of India is adapted from the Sarnath Lion Capital of Amarnath. In the State Emblem, three lions on an abacus with the Dharma Chakra in the Centre, a bull on the right and a galloping horse to the left is clearly visible. The outlines of two Dharma Chakras on either end of the abacus are also seen.  The motto ‘Satyameva Jayate’ in Devanagari script at the bottom is also a part of the emblem and translates to ‘Truth alone Triumphs’.

The State Emblem of India (Prohibition of Improper Use) Act, 2005 regulates the usage of the National Symbol.  According to the Act, no one is allowed to use the symbol to mislead people into thinking that it relates to the government. Apart from not permitting the usage of the emblem for commercial purposes, the act also prohibits the usage of the symbol by people for trademark or patent. Violating this law would result in imprisonment up to two years or fine up to Rs. 5000 or both.

African swine fever (ASF) has spread to Meghalaya; more than 17,000 pigs have died due to the highly contagious disease in adjoining Assam. 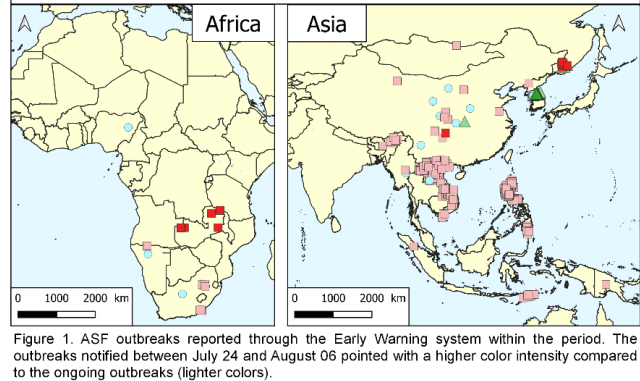 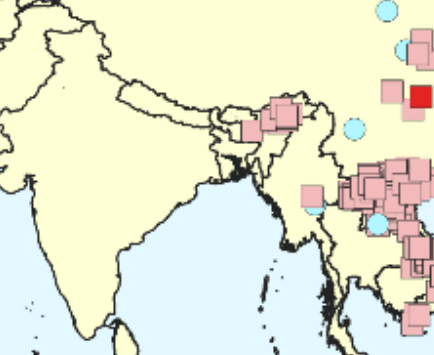 Since February this year, ASF has killed at least 17,000 domesticated pigs in Assam and an unspecified number in Arunachal Pradesh. The disease is believed to have been transmitted from China where it has resulted in the death of several animals in 2019.

Piggery is a major source livelihood in the northeast because of the high demand for pork. Assam alone has seven lakh pig farmers engaged in the business, worth at least ?8,000 crore annually.

ASF is not a risk to human health.

Remember Ministry, why it was set up and structure. Very small information is available now about this Organization.

The NIIO puts in place dedicated structures for the end users to interact with academia and industry towards fostering innovation and indigenization for self-reliance in defence in keeping with the vision of Atmanirbhar Bharat.

The NIIO is a three-tiered organisation.