The Reserve Bank of India (RBI) released the 21st issue of its bi-annual report- the Financial Stability Report (FSR), in July 2020. The purpose of this report is to ascertain the financial stability of the economy by reviewing the potential risks and their impact on the various components of the economy.

In an earlier Current Affairs posted, we looked into what this report has to say about the health of Banks in the country. Today, we look into the initiatives being taken and proposed by RBI regarding Payments & Settlements.

The FSR provides information about three measures taken by RBI since December 2019 in regard to Payment & Settlement Systems.

Comparatively, the total value of amount transferred through IMPS was nearly ? 16 lakh crores from 175 crore transactions. This indicates that NEFT is the preferred option for higher volume transactions, due to the monetary limits on IMPS transactions.

Earlier, the major problem with the NEFT was timing problem. Earlier, an NEFT transaction could only be done between 8:00 AM to 7:00 PM. Now, it has been changed. Effective from 16 December 2019, RBI has announced that the NEFT transactions can be done round the clock and across all the days in a year. This provides the feasibility of transferring funds, making utility payments, making purchases etc. round the clock. 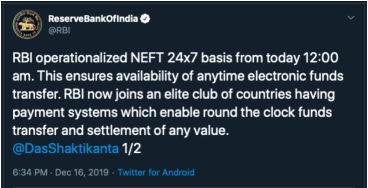 With this, India joins an elite group of five other countries – United Kingdom, Hong Kong, South Korea, Singapore and China to provide round-the-clock fund transfer facility. This initiative was driven as part of ‘Payment and Settlement Systems in India: Vision – 2019-2021’ released in May 2019.

As per RBI’s annual report for 2018-19, the total number of transactions at Point of Sale (PoS) Terminals during 2018-19, using Credit cards was around 176 crores, while that of transactions through Debit Cards and PPIs (Pre-paid Payment Instruments) were 440 crores and 460 crores respectively.

Meanwhile, there was also an increase in the ‘Acceptance Infrastructure’ i.e. the equipment which is used to accept the cards for payment. The number of PoS terminals increased from 30.8 lakhs as on 31 March 2018 to 37.2 lakhs by 31 March 2019, an increase of 21%.

For your information, creating an ‘Acceptance Development Fund’ was part of Payments Systems Vision 2019-21.

So, as payments increased, RBI created a Payments Infrastructure Development Fund (PIDF) on 05 June 2020, to subsidize the deployment of PoS acceptance infrastructure. The main emphasis of this fund is to increase the infrastructure in Tier-III to Tier-VI centres along with north-eastern parts of India.

RBI made an initial contribution of ? 250 crores towards the corpus of the fund. This covers half of the fund, with the remaining contribution coming from card issuing banks and Card networks operating in the country. The fund would be governed by an Advisory Council, which is managed and administered by RBI.

RBI has a Business Contingency Plan (BCP) in place, to be implemented in case of any emergencies and contingencies. COVID-19 was one such emergency which prompted the implementation of BCP. Accordingly, RBI alerted the different stakeholders of the Banking System India and initiated the Business continuity measures on 16 March 2020. 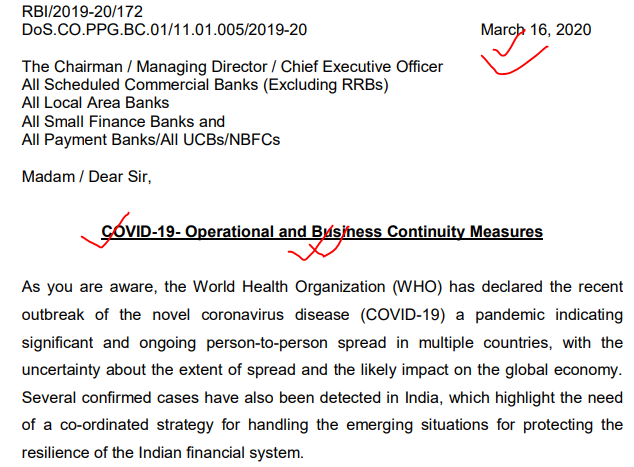 As per the update provided in Financial Stability Report, the following initiatives were taken by RBI for smooth running of payment systems.

We will see what exactly is BharatNet? When was it conceived and what is the current status of implementation?

BBNL manages and takes care of the operation of BharatNet

Bharat Broadband Network Limited (BBNL) is a special purpose vehicle, set up by the government of India under the Department of Telecommunications for management, establishment, and operation of BharatNet. It was incorporated in 2012 as a PSU under the Companies Act.

What government envisages to do through Bharat Net?

Through BharatNet, the government envisages providing a minimum of 100 Mbps bandwidth at each Gram Panchayat so that online services can be accessed by everyone, especially those in rural India. This includes e-governance, e-learning, e-banking, e-commerce and e-health services. The Infrastructure is a national asset and non-discriminatory access will be provided to all telecom service providers. In short, the central government is laying broadband internet infrastructure that can be used by governments and service providers.

Deadlines have been modified time and again

The program was originally planned to be implemented in a phased manner. Deadlines were set by the UPA government for each of the three phases. They had ambitious deadlines to complete the entire project in two years– by 2013. This was further extended to:

But, after the NDA came to power in 2014, these deadlines were extended up to March 2017. Nonetheless, the first phase of connecting more than one lakh panchayats was completed in only December 2017. Currently, phase – II to connect the remaining 1.5 lakh panchayats is under implementation. The government is expecting to complete the project by August 2021.

Funds are earmarked as a whole, not state-wise

Funds for BharatNet are allocated as a whole and not state-wise. A lump sum amount is allocated and disbursed from Universal Service Obligation Fund (USOF) to BBNL for implementation of BharatNet. USOF’s task is to make sure that people in rural areas have access to telecom connectivity at an affordable and reasonable rate. It was established in 2002. 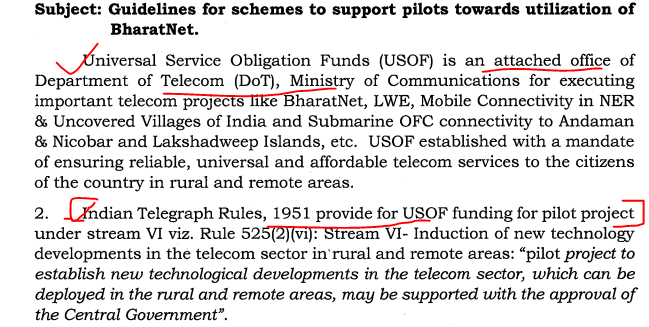 Not important: Just to end this topic with this point as it was recently declared in Parliament.

Combining the funds disbursed for both phase I & II, Maharashtra has accounted for almost ?1,933 crores while UP and Gujarat have received more than ? 1,600 crores each as per Lok Sabha answer provided on 05 February 2020.

Very short news. Just two places for today’s news. We will see news and Map (for this we mainly choose such news).

Greenland ‘s ice sheet may have shrunk past the point of return, with the ice likely to melt away no matter how quickly the world reduces climate-warming emissions, new research suggests.

Scientists studied data on 234 glaciers across the Arctic territory spanning 34 years through 2018 and found that annual snowfall was no longer enough to replenish glaciers of the snow and ice being lost to summertime melting.

That melting is already causing global seas to rise about a millimeter on average per year. If all of Greenland ‘s ice goes, the water released would push sea levels up by an average of 6 meters – enough to swamp many coastal cities around the world. This process, however, would take decades. 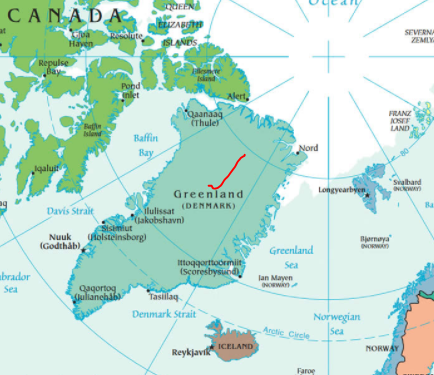 California’s Death Valley registered a temperature of 54.4 degrees Celsius or 129.9 degrees Fahrenheit on August 16, 2020, which, once verified, could be the hottest temperature ever recorded on Earth. 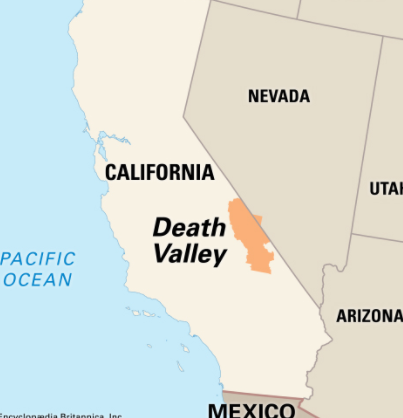 NALSA is a decentralized body: Remember this also.

Recently, the President of the USA has announced that Israel and the United Arab Emirates (UAE) have agreed to establish full diplomatic ties as part of a deal to halt the annexation of occupied land sought by the Palestinians for their future state. 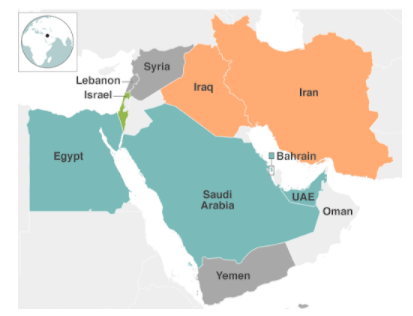 Overview of the agreement: Very brief you need to know now. As gradually development takes place, we will keep learning. See both the maps carefully.

Impact on the UAE:

The deal smoothens the UAE’s international campaign to be seen as a beacon of tolerance in the Middle East despite being governed by autocratic rulers. It puts the UAE out first in a regional recognition race among neighbouring Gulf Arab states.

The announcement justifies the year-long claims of Israeli Prime Minister Benjamin Netanyahu that his government enjoys closer ties to Arab nations than publicly acknowledged. The deal gives Netanyahu a domestic boost at a time when Israel’s coalition government is facing infighting and the possibility of early elections. 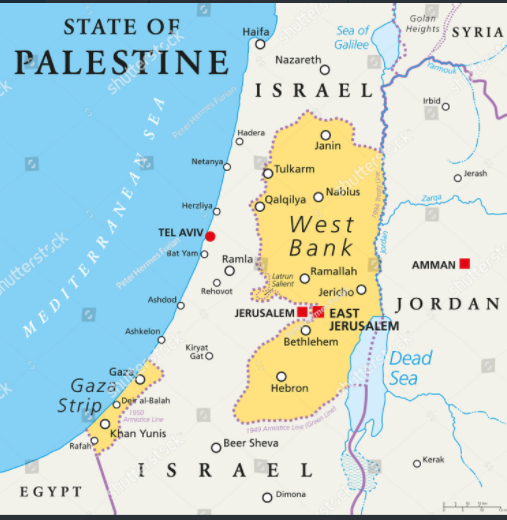