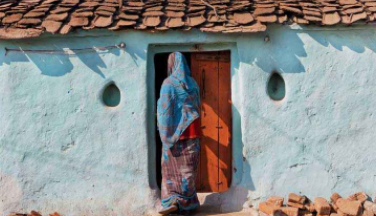 A three-judge bench headed by Justice Arun Mishra ruled that a Hindu Woman’s right to be a joint heir to the ancestral property is by birth and it does not depend whether her father was alive or not when the law was enacted in 2005.

The law being referred to is the Hindu Succession (Amendment) Act, 2005, which earlier gave women the right to be a coparcener (joint heir) as a male heir. The recent judgement is an extension to the list reforms brought in over the years in recognition of women rights.

In this document, we take a look at the history and backdrop of this judgement, evolution of women inherence rights in India. But before that, we will see few basic terms:

What is coparcenary property in Hindu law?

A Hindu joint family consists of lineal descendants of a common ancestor. In other words, a male head and his descendants, including their wives and unmarried daughters. A coparcenary is a smaller unit of the family that jointly owns property. A coparcenary consists of a ‘propositus’, that is, a person at the top of a line of descent, and his three lineal descendants — sons, grandsons and great-grandsons. Coparcenary property is named thus because the co-ownership is marked by “unity of possession, title and interest”.

Unobstructed and obstructed heritage: In Mitakshara coparcenary, there is

Hindu Succession Act, 1956 does not provide Women, right to coparcenary property. This act, right of a female heir to a coparcenary is not recognized. A joint Hindu family consists of all persons lineally descended from a common ancestor and include their wives and unmarried daughters.

Coparcenary is a smaller unit, which owns a property and consists of a person at the top of a line of descent and his three lineal descendants (sons, grandsons & great grandsons). Coparcenary property has a co-ownership by this smaller group. Upon the death of a coparcener, his interest becomes merged with the surviving coparceners. However, it did contain a provision that if the deceased left behind a female relative (daughter, widow or mother) or any male relative claiming though such a female relative, the interest of the deceased would go to them by succession.

Hence, even the Hindu Succession Act,1956 which attempted at codifying the laws related to inheritance and right to property, did not address the conventional discrimination against women. Nevertheless, it did confer some limited rights regarding non-coparcenary property (in case of daughters) and to widows, whose right to succeed to a property was recognized at par with that of sons.

While amending the Hindu Succession Act-1956 in the year 2005, the Union government stated that the tenets under section-6 of the original act by excluding daughter from being part of the coparcenary ownership contributes towards discrimination on the ground of gender and also negates her fundamental right of equality guaranteed by the constitution. Therefore, an amendment was made to Section-6 to remove this discrimination and provide equal rights to the daughters as well.

This amendment came into force on 09 September 2005 and declared that a coparcener’s daughter would become a coparcener in her own right by birth and would have the same rights, had she been a son. However, this amendment came with a proviso that it would not invalidate any disposition of property by partition or will that had taken place prior to 20 December 2004 i.e. the day amendment was introduced in the parliament.

Most of the laws are generally considered to be prospective. When Hindu Succession (Amendment) Act, 2005 came into effect, there were questions around whether it would apply to daughters born before 09 September 2005 or if they are born before that , would it be limited to those whose father (coparcener) through whom they would be inheriting the property was also alive on that day.

The verdict of this larger bench upheld that the coparcenary status of daughter is created by birth and is not dependent on whether the father was alive or not on the date the amendment came into force. A daughter would have the same status as a son as soon as she is born.  This verdict lays to rest any doubts around interpretation of the amendment and whether any women can be left out due to prospective application of the law. 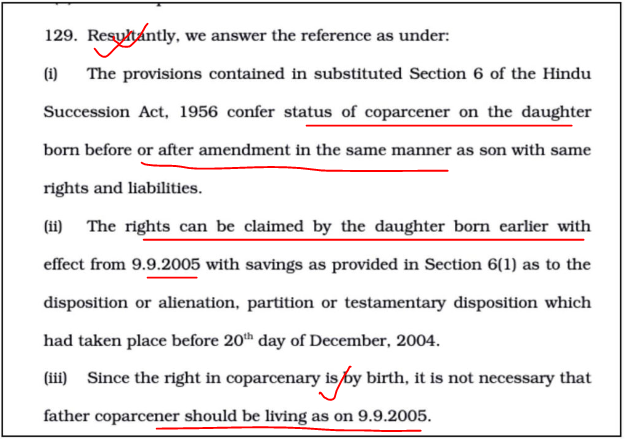 Referring to a study, ‘Women, Business and the Law 2019: A decade of Reform’, an article published by World Bank states that only 45% of the economies in MENA (Middle East & North Africa) do not have discrimination in Women’s property & inheritance laws, while South Asia does relatively better with 55% of economies framing laws with less gender discrimination regarding property rights.  However, these are way behind Europe, Central Asia and Latin American countries.

While India talks about the impacts of developmental projects on biodiversity, an exotic plant with pretty flowers has diligently carved its way to degrade its forests. This plant, Lantana camara, is a thicket forming shrub native to tropical America.

A recent study published in Global Ecology and Conservation reports that lantana occupies 154,000 sq.km forests (more than 40% by area) in India’s tiger range. Among forests, Shivalik Hills in the North, fragmented deciduous forests of Central India, and Southern western Ghats are worst hit by its invasion. 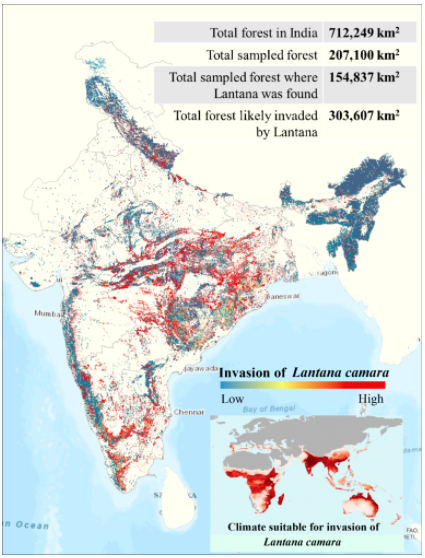 Introduction is very important to connect with the topic. So read conclusion below: 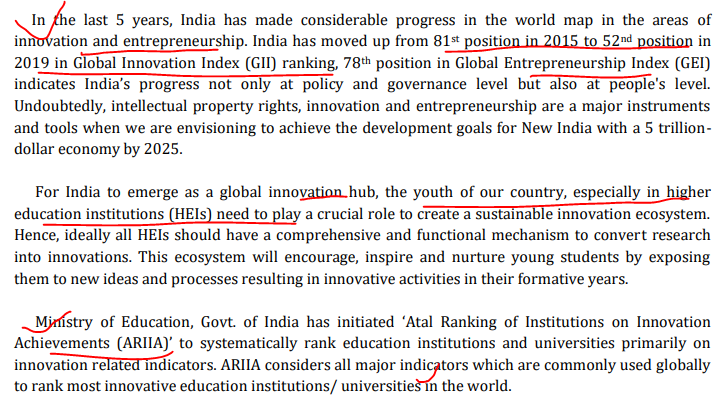 Top performers in all categories below:

Researchers in South Africa's Border Cave, a well-known archeological site perched on a cliff between eSwatini (Swaziland) and KwaZulu-Natal in South Africa, have found evidence that people have been using grass bedding to create comfortable areas for sleeping and working on at least 200,000 years ago.

These beds, consisting of sheaves of grass of the broad-leafed Panicoideae subfamily were placed near the back of the cave on ash layers. The layers of ash were used to protect the people against crawling insects while sleeping. Several cultures have used ash as an insect repellent because insects cannot easily move through fine powder.

Ash blocks insects' breathing and biting apparatus, and eventually dehydrates them. Tarchonanthus (camphor bush) remains were identified on the top of the grass from the oldest bedding in the cave. This plant is still used to deter insects in rural parts of East Africa.

Odisha to give facelift to 11th century Lingaraj Temple

The Odisha government has decided to give a facelift to the 11th century Lingaraj Temple, akin to its pre-350-year structural status. This announcement has come despite the massive financial burden on the State economy in the wake of Covid-19 pandemic.

The temple is Lingaraj Temple built in the Deula style that has four components namely, vimana (structure containing the sanctum), jagamohana (assembly hall), natamandira (festival hall) and bhoga-mandapa (hall of offerings), each increasing in the height to its predecessor. 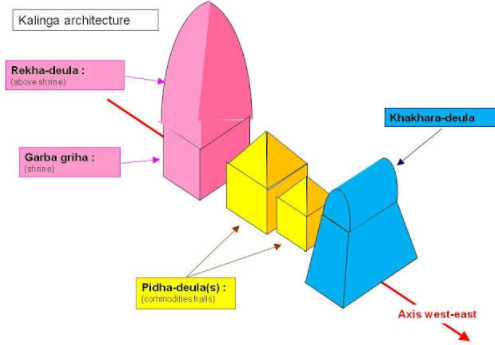