Few questions only need to be answered from this: More than this not required.

We need to read once introduction, get clarity of survey and move ahead. 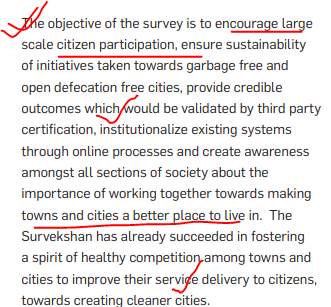 Swachh Survekshan is an annual ranking exercise taken up by the Ministry of Housing and Urban Affairs. 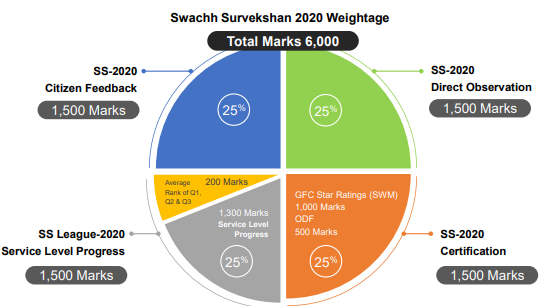 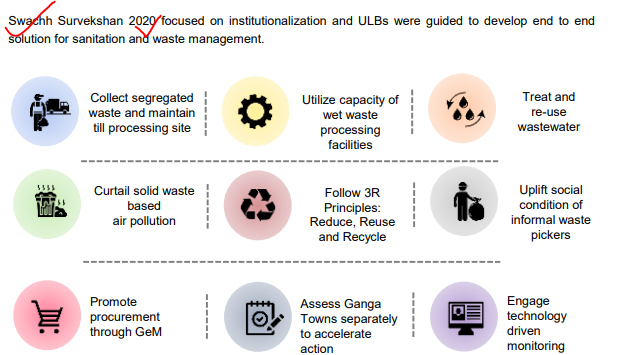 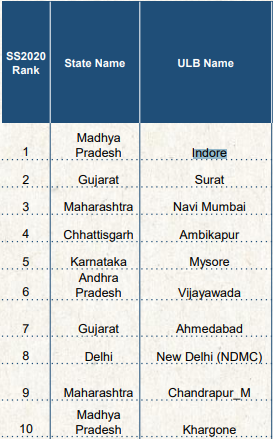 Who conducts the survey?

The Quality Council of India (QCI) is in charge of evaluating the performance of the participating cities. This is an autonomous accreditation body which was set up by the Government of India in 1997 for quality assurance in all fields, including governance.

Remember here: QCI is governed by a Council comprising of 38 members including the Chairman and Secretary General. The Council has an equal representation of Government, Industry and other Stakeholders. 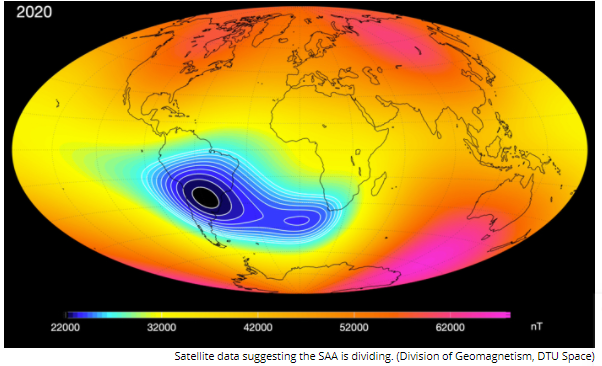 NASA has announced that its researchers are actively tracking the South Atlantic Anomaly, a large but slowly widening weak spot in the Earth’s magnetic field over the Atlantic Ocean. The region extends from South America to Southwest Africa, over the Atlantic Ocean. The Earth’s magnetic field acts like a protective bubble around the planet, shielding its inhabitants from harmful radiation from the Sun. But it is not completely uniform or stable due to changes over time with Earth’s outer core rotation. The dent in the magnetic field does not affect life on the surface but does put satellites passing through the region at a higher risk of instrument damage or data loss from radiation. Watch a small video also:

Two questions can be a part of it?

The United States has notified UN Secretary General Antonio Guterres of its decision to trigger a ‘snapback’ that will initiate restoration of all UN sanctions on Iran, saying Washington will never allow “the world’s largest state sponsor of terrorism” to freely buy and sell any kind of conventional weapons.

Earlier sanctions were suspended. Suspension of sanctions was part of U.N. Resolution 2231, which endorses the multination agreement — known formally as the Joint Comprehensive Plan of Action, or JCPOA — that restricts Iran's nuclear program. 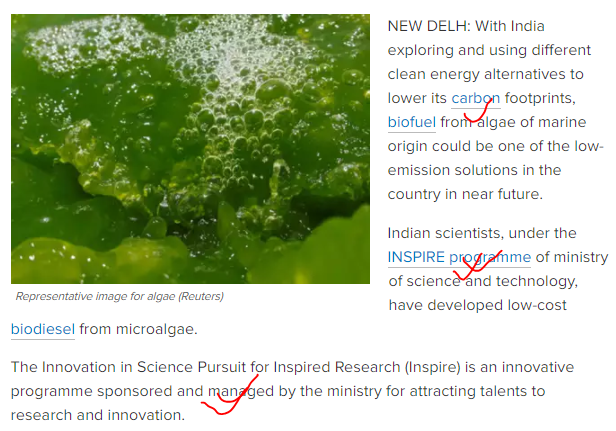 Innovation of Science Pursuit for Inspire Research (INSPIRE) is one such innovative scheme proposed by the Department of Science & Technology for attraction of talent to science. The basic objective of INSPIRE would be to communicate to the youth population of the country the excitements of creative pursuit of science and attract talent to the study of science at an early stage and build the required critical human resource pool for strengthening and expanding the Science & Technology system and R&D base.

INSPIRE Scheme has included three programs and five components. They are:

Recently, the Turkish President reconverted the Chora museum into a mosque. This is the second museum after Hagia Sophia to be converted into a mosque. Turkey has also found a new gas field in Black Sea.

NO. 2 Gas Field in Black Sea

Recently, Turkey has found its biggest ever (a 320 billion cubic metre) natural gas field discovery in Black Sea. The gas field will become functional in 2023. Turkey is determined to become a net energy exporter. The discovery has a potential to transform Turkey’s dependence on Russia, Iran and Azerbaijan for energy imports.

Mousuni Island in West Bengal’s Sundarbans region was severely impacted August 20-21, 2020 by extreme weather. The combined impact of a low pressure, easterly winds and a high tide caused several breaches in surrounding river bunds. The ingress of saline water affected thousands. The latest disaster is the third for the island in the last 10 months. 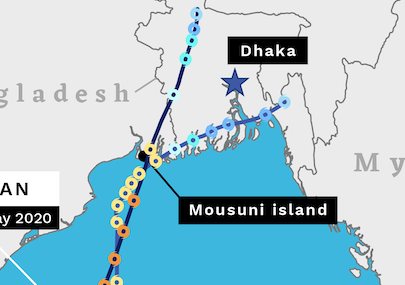