We will read here: Nothing more than this is required.

Introduction is very important for any topic as we always mention that. Read introduction given below.

Rising exports must be an integral component of India’s development strategy, especially since exports constitute one of the four pillars—the other three being human resources, investments, and governance—upon which the country has traditionally relied on to accelerate its growth since the economic reforms of the 1990s. 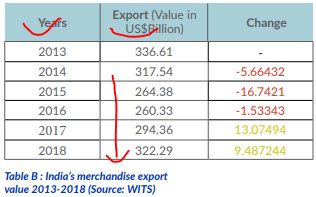 However, the Covid-19 crisis dealt a major blow to the current fiscal. This will alter not just the national but the entire global economic landscape. Consequently, India’s exports shrank by 60 per cent in April 2020. Further, the pandemic resulted in large-scale disruption in global supply chains and demand, resulting in the cancellation of orders. Amidst this setback, it is imperative for India’s trade and exports to recoup and rediscover the path to recovery and growth. Keeping in mind the concept of Aatmanirbhar Bharat or self-reliant India, it is time for our country to play a vital role in the present-day dynamic economic landscape.

In line with this new orientation, NITI Aayog has taken a significant step by developing the first-ever Export Preparedness Index for Indian states. The Index ranks states and union territories on critical parameters required for promoting the country’s exports. The Export Preparedness Index would be useful to states and union territories to benchmark their performance against their peers and analyses the potential challenges and prospects to develop better policy mechanisms to foster export-led growth.

About Index: Developed by NITI Aayog.

The Export Preparedness Index (EPI) aims to assess the readiness of the states, in terms of their export potential and their performance. The primary goals of the Index are to inculcate competition among all states in India in order to: 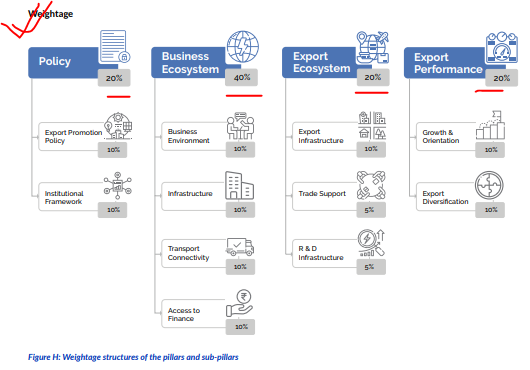 One important table for your Prelims:

Scientists from the Inter-University Centre for Astronomy and Astrophysics (IUCAA), Pune have discovered one of the earliest galaxies in the universe, situated about 9.3 billion light-years away from the Earth. The breakthrough discovery was made using AstroSat—the first multi-wavelength satellite of India.

The new galaxy was found in the area of space called the Hubble eXtreme Deep Field by the wide-field Ultraviolet Imaging Telescope (UVIT) of AstroSat. It is a small area based in the constellation Fornax, which was created using the data collected by the Hubble space telescope in 2003 and 2004. This part contains thousands of galaxies.

The research team observed and examined the UV light and its source for more than 28 hours in October 2016. However, it reportedly took nearly two years for the researchers to confirm that the emission was originating from an early galaxy.

The UV radiation coming from distant celestial objects is hard to record from Earth, as most of it is absorbed by the planet’s atmosphere. Therefore, scientists have to use telescopes in space to make such discoveries. 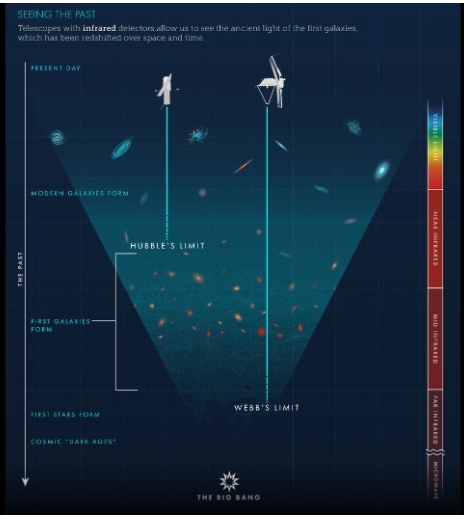 As per reports, NASA’s Hubble Space Telescope (HST), which is larger than the UVIT, was unable to detect UV emission from this galaxy as the signals were too faint. AstroSat managed to identify it successfully since the background noise in the UVIT detector is comparatively lower than the HST.

Significance of the discovery

The authors of the study have noted that the research is significant in terms of enhancing our understanding of the universe’s early galaxies that are found only at extreme UV wavelengths. Studying the formation of the early stars and galaxies helps to understand the conditions which led to initial rays of light or radiation after a long period of Cosmic Dark Age in the early universe post the Bing Bang.

The scientific objectives of AstroSat mission are:

Using high-resolution data from the joint NASA-U.S. Geological Survey Landsat program, researchers have created the first map of the causes of change in global mangrove habitats between 2000 and 2016 – a valuable tool to aid conservation efforts for these vital coastline defenders.

The global map will benefit researchers investigating the carbon cycle impacts of mangrove gain and loss, as well as help conservation organizations identify where to protect or restore these vital coastal habitats. 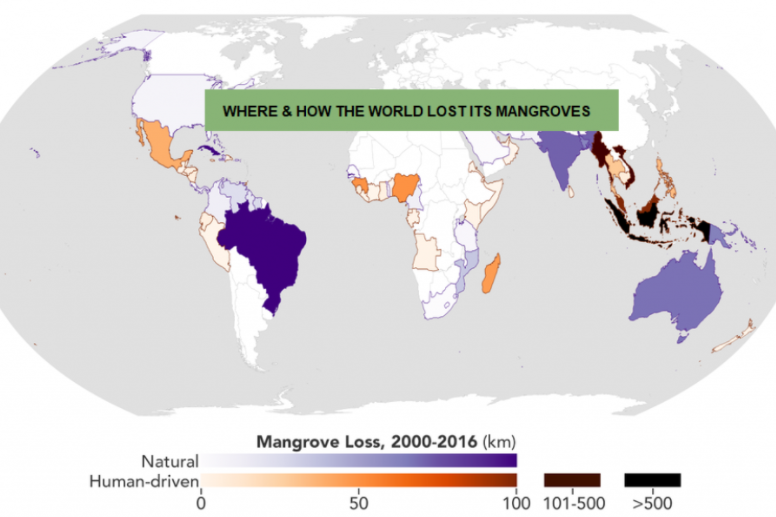 This map shows the location and severity of mangrove habitat loss, measured in kilometres, caused by natural and human drivers from 2000 to 2016.

The study showed that overall, mangrove habitat loss declined during the period. However, losses from natural causes like erosion and extreme weather declined more slowly than human causes such as farming and aquaculture. For conservation and resource managers trying to prevent loss or re-establish new habitats, this finding highlights the need for strategies that account for natural causes of loss. 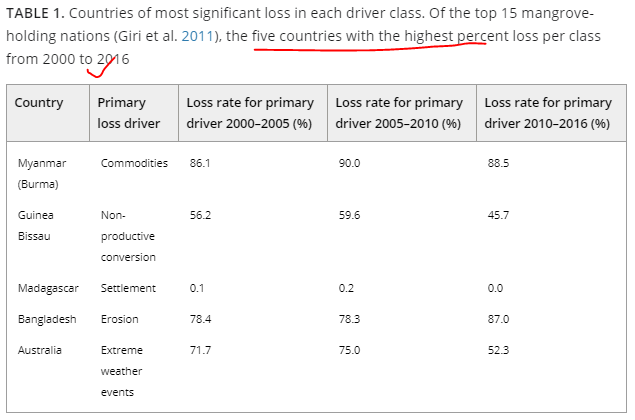 The report shows that conservation efforts are increasing in effectiveness on a local scale, and there’s an increase in awareness of the importance of mangroves, economic damage from storms and loss of life. But on the flip side, the decline in losses, especially in Southeast Asia, means that in many areas, there are simply no more mangroves to lose.

China is considering establishing a BRICS innovation base to strengthen cooperation among the five-country bloc including India (BRICS) in sectors like 5G, AI and digital economy, industry and information technology.

Rationale behind the proposal:

China’s interest in promoting 5G within the BRICS bloc could be part of its interest in pushing tech giant Huawei internationally – Huawei’s name has come up as a contender to build the network in Brazil and South Africa even as it is embroiled in controversies in other countries.

India cannot afford to sever all its economic links with the world’s second-largest economy, even in the digital space. However, through initiatives like Make in India and Atmanirbhar Bharat Abhiyan, India can try to replace Chinese technology with domestic ones. Further, it needs to boost up its economic relations with other countries. Wait for updates.

Here, we will give you brief introduction to how BRICS was created? History is important for Prelims exam.

The acronym BRIC was first used in 2001 by Goldman Sachs in their Global Economics Paper, "The World Needs Better Economic BRICs" on the basis of econometric analyses projecting that the economies of Brazil, Russia, India and China would individually and collectively occupy far greater economic space and would be amongst the world’s largest economies in the next 50 years or so.

It was agreed to expand BRIC into BRICS with the inclusion of South Africa at the BRIC Foreign Ministers’ meeting in New York in September 2010. Accordingly, South Africa attended the 3rd BRICS Summit in Sanya, China on 14 April 2011.

Highlights of the draft:

BIS is the National Standard Body of India established under the BIS Act 2016 for the harmonious development of the activities of standardization, marking and quality certification of goods and for matters connected therewith or incidental thereto.

BIS has been providing traceability and tangibility benefits to the national economy in a number of ways – providing safe reliable quality goods; minimizing health hazards to consumers; promoting exports and imports substitute; control over proliferation of varieties etc. through standardization, certification and testing.

Note one thing: You will find somewhere it is written, BIS is formed under BIS Act, 1986. But please remember this has been repealed by 2016 Act.