Very important for your Prelims as well as Mains Exam.

The human race witnessed a major turning point in the 18th century with the industrial revolution transforming economies. It was during this period that the demand for coal soared following the invention of steam engine by James Watt, which made transportation of this fuel easier. In India, coal continues to fuel more than 50% of the power supply in the country for addition to its domestic and industrial purposes. Although India has the fifth largest coal and lignite reserve in the world, the country is the second largest importer of thermal coal. See the latest update below. 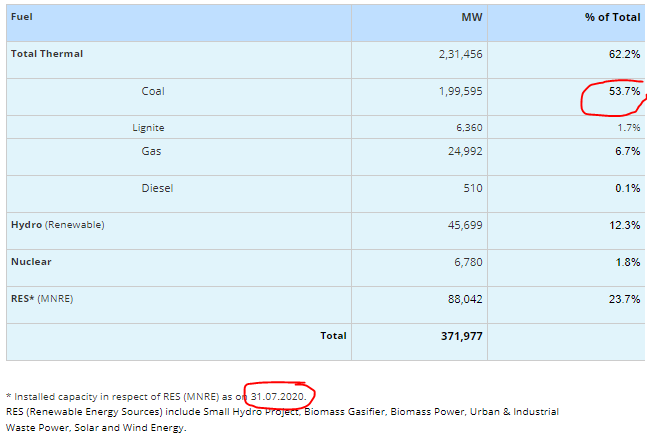 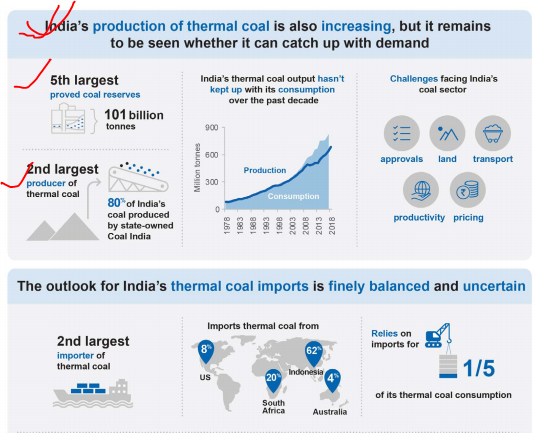 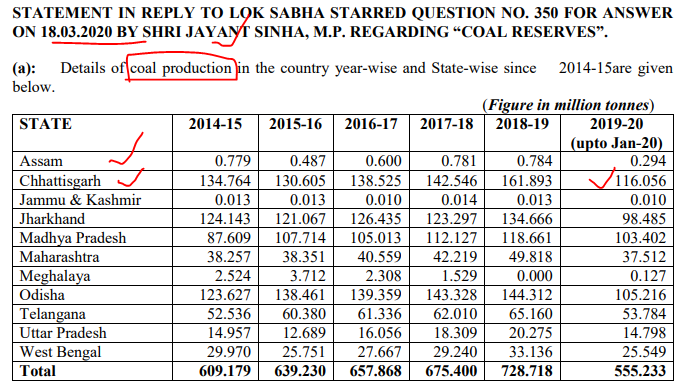 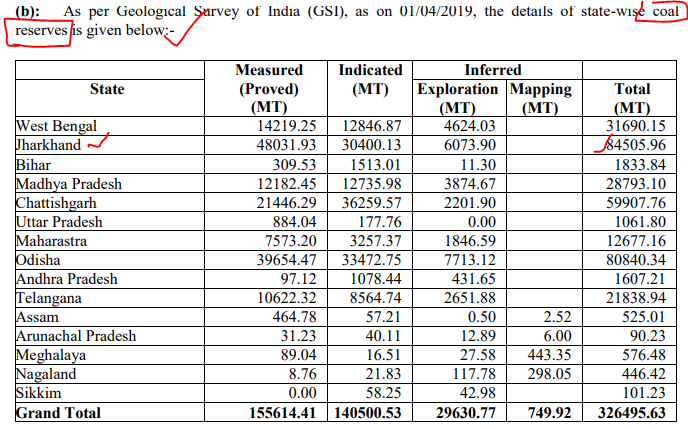 The government plans to push the idea of self-reliant India through the Atmanirbhar Abhiyan to face and overcome the challenges due to COVID-19. As a part of the package, during the announcement of fourth tranche of the economic package, major reforms have been proposed in the coal sector as well.

Three major reforms announced: This you have read once only. Mainly for Mains purpose.

41 coal blocks have been opened for auction 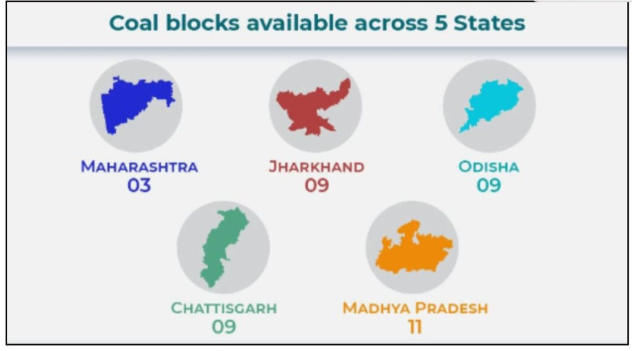 Recently in June 2020, 41 coal blocks in Eastern and Central India have been opened for auction. This means that 41 coal mines are now open for private companies, even those which do not have previous experience in coal mining, to mine coal commercially without any end-use restrictions. The only requirement is that the companies must make an upfront payment.

100% FDI is also permitted in the sector implying that even international companies can participate in the auctions. The producer is free to sell, use, or export coal without any restriction.

Three important benefits announced by PM for such reforms:

Until 1970s, private sector participation was permitted in coal mining in India. But growing needs in the steel industry and burgeoning energy needs of the country resulted in employment of unscientific mining techniques, exploitation of coal reserves, and poor working conditions of labour. This forced the then government led by Indira Gandhi, to nationalize coal mines. It was done is two phases- first with the coking coal mines in 1971-72 and then with the non-coking coal mines in 1973. After more than four decades, the sector is now open again to private sector without any restrictions. 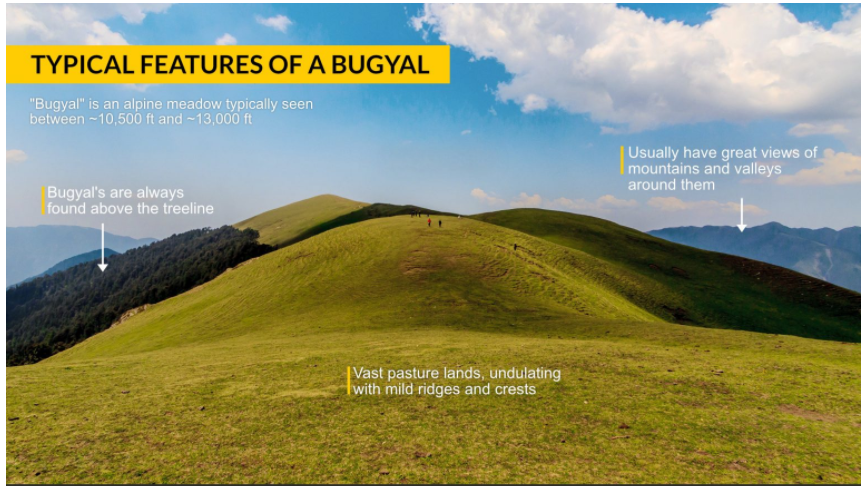 Alpine meadows, also known as bugyals, are a valuable part of the Himalayan ecosystem. These meadows start appearing at the height of 3000 meters above sea level, where the treeline ends; they continue till about 4500 meters, where the snowline begins, and vegetation becomes scarce.

There are three types of bugyals.

Himalayan alpine meadows harbour several endemic species of plants and animals. Endemic species are those found only in a specific region and nowhere else in the world. Herbs like Indian aconite or Atis (Aconitum heterophyllum), spikenard muskroot or Jatamansi (Nardostachys jatamansi), Salampanja or Hathazari (Dactylorhiza hatagirea), Kutki (Picrorhiza kurrooa), smooth angelica or Chippi (Angelica glauca), and the caterpillar fungus cordyceps or Yartsa Gunbu (Ophiocordyceps sinensis) are found in these alpine meadows.

A number of the endemics found in the alpine meadows, including those listed above, are critically endangered (except P. kurrooa, which is listed endangered, and O. sinensis, which has recently been listed as vulnerable by the IUCN).

All these species have medicinal, aromatic and other properties, and are used to make sought-after products that are sold at high prices in the national and international markets. Therefore, alpine meadows have become a potential livelihood provider to those living in the Himalaya’s hostile terrain, where generally no means of employment are available.

What scientists have to say:

Researchers have found that global warming is impacting the Himalayan ecosystem. According to a report prepared by International Centre for Integrated Mountain Development (ICIMOD) on the climate change impact and vulnerability in the Eastern Himalayas, temperatures are rising across the entire region, with winter and spring temperatures rising more rapidly. One of its impacts is that the treeline – the highest elevation at which tree growth is possible – is moving to a higher elevation. Experts say that it can adversely affect alpine meadows; if the treeline moves upwards, the area of alpine meadows may shrink.

At 11,000 feet, Dayara Bugyals is one of the major tourist attractions in the Uttarkashi district of Uttarakhand. But there was a problem. Besides the tourist pressure and overgrazing in the meadow, two water streams have been eroding the delicate soil of the Bugyal and damaged a large patch of this alpine meadow, creating huge cracks in it.

To address this problem, the pastoral community was provided alternative sites for cattle grazing and the flow of tourists in the meadow was regulated. Besides this, the government used eco-friendly techniques to treat the soil erosion in more than 6,600 square meter area of this Bugyal. 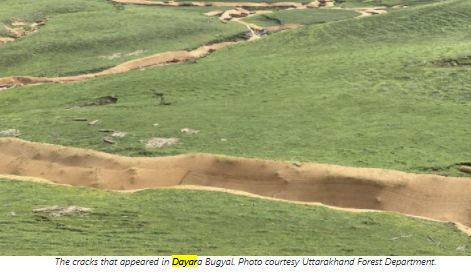 Now, you can answer any Prelims question regarding bugyals regarding features.

Cyclones made coral recovery quicker in Gulf of Mannar this year

Cyclonic disturbances between April and May in the Bay of Bengal caused massive destruction in West Bengal and Bangladesh in the form of Amphan in May this year. However, they seem to have had a positive impact on corals in the Gulf of Mannar, one of the major coral reef areas in India, by reducing bleaching and assisting faster recovery of the corals. 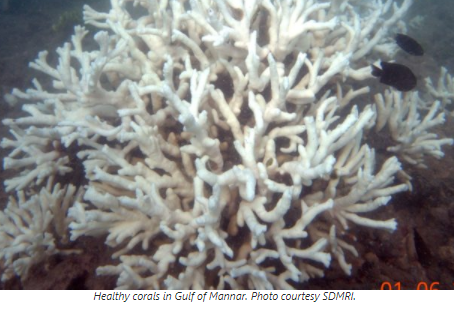 According to a recent study, researchers found that not only did the cyclonic and other mild disturbances reduce instances of bleaching in the south-eastern tip of the country, they also allowed the already bleached corals to recover, at least a month before schedule. This research is likely to be published as a part of a scientific study later this year.

What scientists have to say: This scientist’s portion is very important, as it is genuine information and real. More clarity.

What are reasons for coral still thriving?

Corals are very sensitive to warm water. According to scientists, mixing of cooler water from deeper parts of the Bay of Bengal with the warm waters of the gulf must have helped the corals escape bleaching

Cyclones preventing bleaching common in parts of the world

The Great Barrier Reef is the world’s largest coral reef system and according to U.S. and Australian science agencies, it is still at risk of a widespread outbreak of coral bleaching despite a cyclone in the far west which helped to temporarily cool the heat-stressed corals.

The corals in the Gulf of Mannar, however, have steered clear of further risks since as more than 95 per cent of the corals have recovered.

“There was no coral mortality this year. Normally, the recovery begins only by August and the corals heal completely September, but these cyclones and consequent winds have helped them to recover faster this year,” said scientist. Over now. Ok, see once map of Gulf of Mannar. Now, finish. 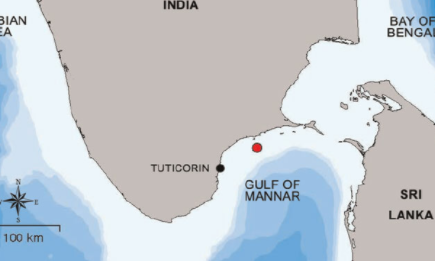 In the 2004 Sumatra-Andaman earthquake-tsunami, as land sank and the sea suddenly rose at Car Nicobar Island, mangroves facing the land were unable to survive. But the abrupt disturbance did not affect the sea-facing mangroves dominated by the Rhizophora spp., a study has said. This study is conducted around July 2020, so it is important. 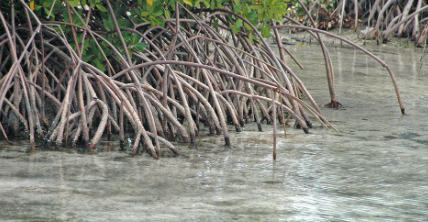 The resilience of Rhizophora spp. is probably due to the frequent geologic events in the Nicobar Islands and their adaptability to thrive in habitats that experience a long duration of flooding by seawater.

Expanding on the ability of Rhizophora species to adjust to sea-level rise, scientist said, these plants predominantly grow in the seaward side, mainly due to their pneumatophores/stilt roots that are specialized aerial breathing roots. In Rhizophora, roots diverge from stems and branches and penetrate the soil some distance away from the main stem as in the banyan trees. These roots (in Rhizophora spp.) strengthen the plants to withstand high wind speeds (frequent in the seaward zone) and longer hours of tidal water flooding.

Mangroves don’t go down without a fight. They can keep pace with sea-level rise and avoid flooding by trapping sediments vertically, which allows them to maintain soil levels suitable for plant growth. The faster root growth of Rhizophora spp. also allows them to quickly trap sediment and build soil to match up with the global sea-level rise. 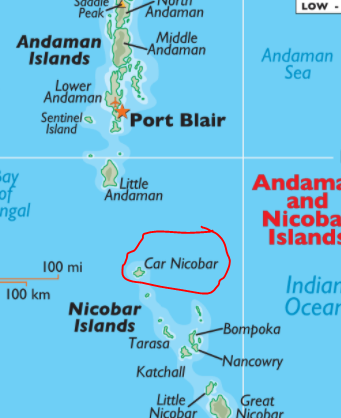 India Pulls Out of Kavkaz 2020

Recently, India has withdrawn its participation from Kavkaz 2020, a multinational tri-services exercise in Russia, citing Covid-19 as the official reason.

Not more than this required and don’t even think of reading more from anywhere.