Firs of all, Eligibility to be the President of India.

The following are the mandatory requirements for anyone to contest the election for the President of India.

Why we have chosen the President Election to explain?

The election process is slightly complex, and people find it difficult to understand the calculations behind the value of vote etc. Believe me, if you don’t read with full concentration, you will miss minute things. Why it is complex:

How is the value of votes calculated?

The Process for calculating the Value of MLA vote

The value of the vote of each MLA is calculated by dividing the population of the State as per 1971 Census, by the total number of elected members of the respective state assembly, and then to divide the quotient by 1000. Total Value of all members of each State Assembly is obtained by multiplying the number of seats in the Assembly by the number of votes for each member. Let us look at Telangana as an example.

Similar process is followed for all the states. For the 2017 Presidential election, the total value of the MLA votes is 5,49,495. The value of an MLA vote in individual states is in the table below. 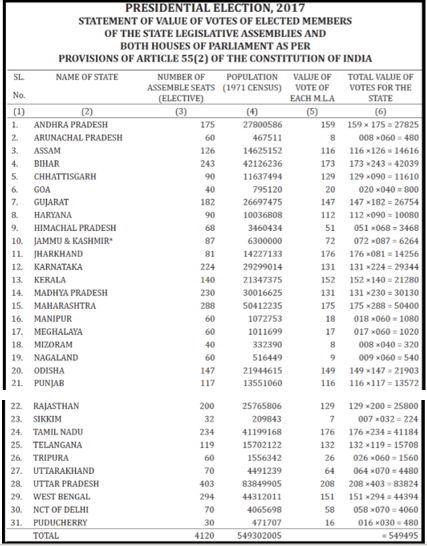 Now, The Process for calculating the Value of MP vote 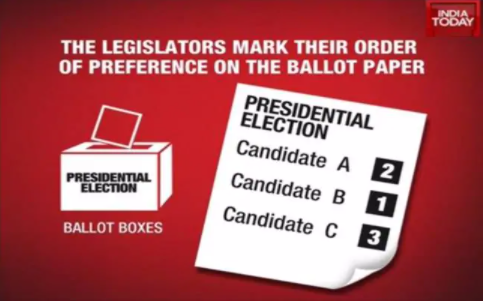 Note: The provisions of the anti-defection law are not applicable to the Presidential election. Hence the voters can vote according to their conscience and are not bound by any party whips. The voting is also by secret ballot.

The institutes will build one clock each, with help from the Government of India. If the project is successful, India will join a small global club of countries with the ability to build these ultra-precise timekeeping devices. According to the scientists involved, the clocks will only skip one second in more than 13.8 billion years, which is the approximate age of our universe.

The world’s prevailing frequency standard for measuring time is derived from caesium atomic clocks. Here, caesium atoms are imparted energy – by different means in different designs – and forced to jump from one energy level to a slightly higher one, called the atom’s hyperfine ground states. Shortly after, the atom drops back to its previous state by emitting microwave radiation at 9,192,631,770 Hz.

‘Hz’ here is hertz, the SI unit of frequency, defined as ‘per second’. So, when a detector measures 9,192,631,770 waves – from crest to trough – of this microwave emission, coming from the caesium atoms, one second will have passed.

The clocks being built by IUCAA and IISER have the same underlying principle but use more advanced technologies. Indeed, optical atomic clocks are considered to be the next step in the evolution of atomic clocks and are likely to replace cesium atomic clocks as the world’s time standard in future. A glimpse of the underlying engineering shows us why.

Don’t go in much deep now. Just be updated if any development takes place in this regard.

Launched in June 2019, NASA's Deep Space Atomic Clock is a critical step toward enabling spacecraft to safely navigate independently in deep space rather than rely on the time-consuming process of waiting to receive directions from Earth. The Deep Space Atomic Clock will enable a shift to a more efficient, flexible and scalable clock architecture that will benefit future navigation and radio science.

An important article under Environment section of “The Wire” Article appeared as:

The article was good but then we remembered one important report, which was published in 2019, “Wastelands in India Report 2019”

This report was not released this month. It was released around November 2019. It is important. So, we are covering now.

In the report which are going to discuss below, you just need to find the following answers: 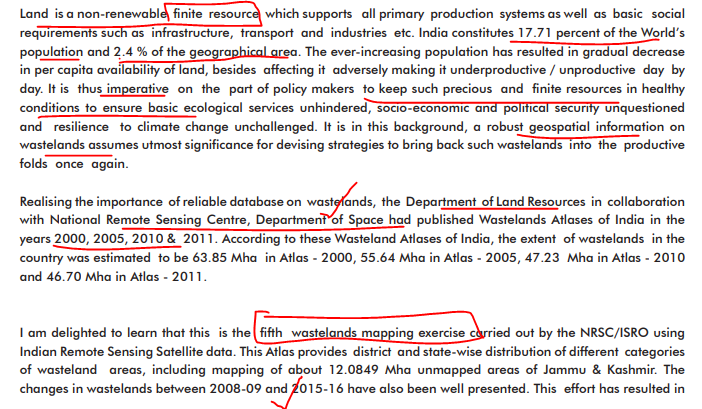 The current exercise of fifth cycle of wastelands mapping for the year 2015-16, synthesizes the catalytic role of remote sensing data for objective comparison of wastelands between 2008-09 and 2015-16.

Now the report is very big. But you have to remember only few important things. You have to directly go for results: 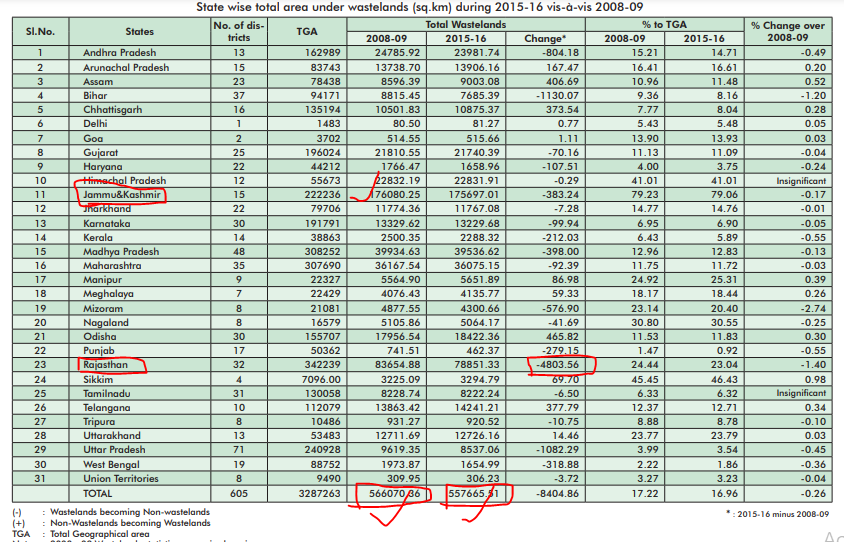 Place and name of chola Empire. Remember this only. Nothing is required.

A rare inscription dating back to the Renati Chola era has been unearthed in a remote village of Kadapa district that has kindled interest among the fraternity of archaeology and history. 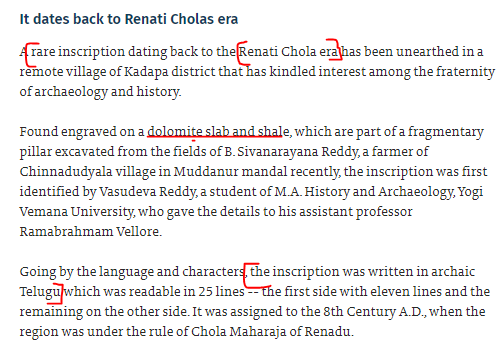 In July 2020, the Archaeological Survey of India (ASI) had found the exact location of Renati Cholas’ capital in Kadapa district of Andhra Pradesh. ASI deciphered two inscriptions of Renati Cholas belonging to the 7th century. The first inscription speaks of their capital Erikal in Kamalapuram region in Kadapa, while the other speaks about the battle of Renati Cholas and Banas. 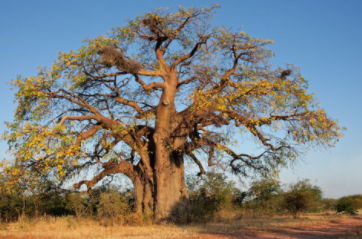 The researchers used fluorescent probes to see the genetic components of individual chromosomes within the cells -- which glow like jewels.

The analysis also revealed that the tree has a massive nucleolus organizer region (NOR). Relative to the main chromosome body, this region appears larger than that of any other plant species. During certain stages of the cell cycle, nucleoli form at the NORs. The nucleoli are essential for ribosome assembly and protein synthesis in eukaryotes and are an important feature that differentiates eukaryotes from prokaryotes.